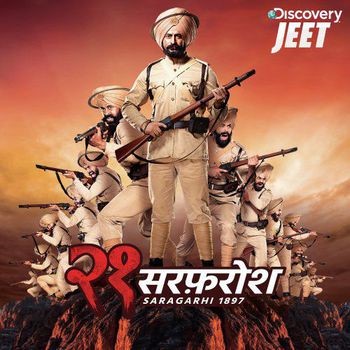 121 years since the conflict, the Indian audience have now been introduced to 21 Sarfarosh: Saragarhi 1897, a fiction show inspired by the real–life story of 21 brave soldiers of 36th Sikh regiment of the British Indian Army who defended an army outpost at Saragarhi in the North-West Frontier Province against an onslaught of over 10,000 Pashtun and Orakzai tribals in September 1897 in what … END_OF_DOCUMENT_TOKEN_TO_BE_REPLACED

Copyrighted Material. Do Not Copy.

This work is licensed under a Creative Commons Attribution-NonCommercial-NoDerivs 2.5 India License.